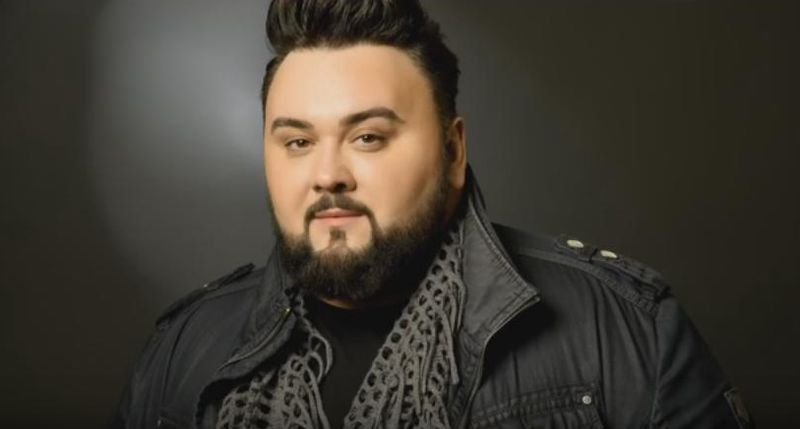 As chosen by Croatian Radiotelevision, Croatia’s representative at the Eurovision Song Contest, an event immensely popular among the European gay community, shall be singer Jacques Houdek, who in the past gave a number of extremely homophobic statements. Because of that, Zagreb Pride nominated Houdek for the homophobe of the decade in 2011, but, in the end, politician Marijana Petir deservedly won this notorious title. We contacted CRT and Houdek himself for comment, but got no reply.

Even though you couldn’t tell it by its reports, CRT is “its country’s public radio and television service”, which, according to the statement on the official webpage of CRT, means “it has to meet a clear and precise demand: be a television or a radio for everyone, that is, each and every citizen of the country where it is located”. How does that turn out in practice is shown by the praiseworthy move of starting “Project Other”, a webpage meant for kids and youth, whose aim is to explore the “problems which vulnerable social groups face”, including LGBT population.

On the other hand, for the Croatian representative at the Eurovision CRT chose singer Jacques Houdek, who in the past declared that “same-sex relationships are sick” and opinioned that “gay and lesbian population cannot have same rights as the rest of the citizens, because that would mean a return to Sodom and Gomorrah”. Those were Houdek’s words in a 2005 interview for magazine Tena, but since that he didn’t hesitate to give hateful comments about LGBT rights and his fellow LGBT citizens. Because of that, Zagreb Pride nominated him for title of the homophobe of the decade in 2011, along with other ten candidates, including Lucija Čikeš, Dubravka Hrabar, Ladislav Ilčić, Miljenko Manjkas, Vlatko Marković, Hloverka Novak Srzić, Marijana Petir, Dragan Primorac i Mirjana Vulin.

The competition was truly fierce, so Houdek didn’t have a chance of winning by online voting, and the title was deservedly won by the member of the HSS (Croatian Peasant Party), politician Marijana Petir, the only representative in the Croatian parliament who voted against the Anti-discrimination law.

Which doesn’t mean that Houdek’s homophobia, so extreme that he publicly and clearly argued that LGBT citizens of Croatia “cannot be equal to the other citizens”, didn’t cause hurt and damage to the Croatian LGBT community, but that the voters in 2011 rightfully recognized that Marijana Petir’s political power is more dangerous than the statements of a popular singer.

How will the gay voters react?

Therefore, CRT, a public service – LGBT citizens of Croatia are paying subscription for it, too – chose to send a convinced homophobe Houdek as a representative at the Eurovision, which shouldn’t come as a surprise (for example, the life of George Michael was described as “filled with homosexuality” in the CRT’s central news), but is scandalous because in this way CRT contributed to the “problems which vulnerable social groups face”. With this decision, CRT actually decided to legitimize Hoduek’s homophobic views in the European context as well, choosing him as Croatia’s representative.

Fact is, Houdek – probably most famous for the pre-election song “HDZ Knows” from 2007, when HDZ (Croatian Democratic Community, Croatia’s dominant right-wing party) ran the campaign with money extracted from the state’s institutions (the so-called “Fimi-media affair”) – never apologized for his homophobic excesses, nor ever, in any way, tried to redeem himself for spreading disgusting hate towards fellow LGBT citizens, which leads to the assumption that he still holds the same opinion. He had more than ten years to publicly express regret, but he never did. CRT employees, for their part, had to be aware they chose a singer nominated for the homophobe of the decade, which is a piece of information that can be obtained by half a minute of Google search.. 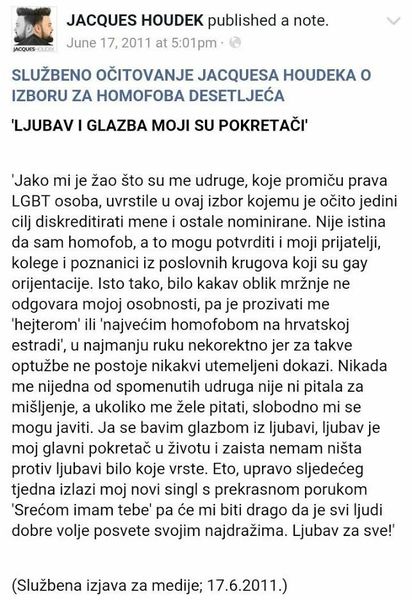 Except for this decision being problematic from the perspective of LGBT rights in Croatia, it is also quite stupid, because everyone knows that the Eurovision, like it or not, is a gay event par excellence. By sending Houdek to the Eurovision, the chances of Croatia’s good placing at the contest in Kiev are being drastically reduced, because gay voters probably won’t have high regards for the singer who considers them “sick”, “Sodom and Gomorrah”, and unworthy of equality.

Cookies make it easier for us to provide you with our services. With the usage of our services you permit us to use cookies.
More information Ok